skip to main | skip to sidebar

http://www.joyofleadership.com
One book I like on leadership is, “It’s Not About the Bike”, by Lance Armstrong. I read it after visiting friends in NYC and while the 2002 Tour de France was on television. Everyone spoke about his amazing influence on kids. His steadfast energy and reluctance to give up make him a true leader in all of us. In spite of everything in his life, he put it aside and made one goal the center of his attention. I always believe as in the book, anything from a successful hobby to a good profession takes the same commitment, passion and attention to detail. I highly recommend the book. Posted on the link above.
Excerpts:
"Life is long--Hopefully. But "long" is a relative term: a minute can seem like a month when you're pedaling uphill, which is why there are few things that seem longer than the Tour de France. "1

"But for reasons of my own, I think it may be the most gallant athletic endeavor in the world. To me, of course, it's about living."2

"The bicycle was an invention of the industrial revolution, along with the steam engine and the telegraph, and the first Tour was held in 1903, the result of a challenge in the French sporting press issued by the newspaper L'Auto. Of the sixty racers who started, only 21 finished, and the event immediately captivated the nation. An estimated 100,000 spectators lined the roads into Paris, and there was cheating right from the start: drinks were spiked, and tacks and broken bottles were thrown on the road by the leaders to sabotage the riders chasing them. The early riders had to carry their own food and equipment, their bikes had just two gears, and they used their feet as brakes. The first mountain stages were introduced in 1910, when the peloton rode through the Alps, despite the threat of attack from wild animals. The race began the same day that Archduke Ferdinand was shot, in 1914. Five days after the finish of the race, war swept into the same Alps the riders had climbed."3 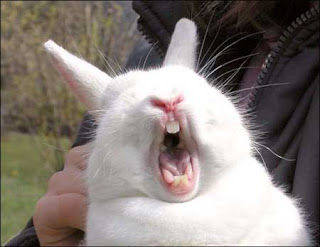 http://www.nytimes.com
Last article I read on librarians not necessarily acting like librarians, was in last week's NY Times about Brooklyn's deweyed margarita sipping librarians at an outside rooftop party. I 've only been on top of a few of these cool spots in Brooklyn, but not recently. The best spot is Park Slope in Brooklyn, overlooking the Hudson River, with a glimpse of the Statue of Liberty. I wasn't sipping a cantaloupe margarita, but sampling some flan and a nice pino grigio. Maybe I'm not cut out for the library scene, sounds more like I might have a taste for the museum scene, don't know. Here's the rest of the party hopping requirements for library desk setters; casual dress, bare feet, tatoo, cork screw/beer opener/glass top table, wood smoked salmon, etc.
The original article:
http://www.nytimes.com/2007/07/08/fashion/08librarian.html?pagewanted=2&ei=5124&en=e47a5b7e5c4ae125&ex=1341460800&partner=permalink&exprod=permalink
Posted by Suze at 8:19 AM